Image may be subject to copyright 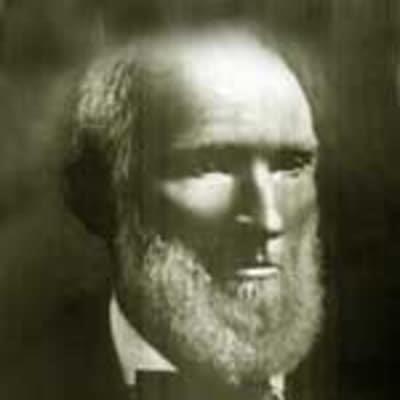 Morris Harvey, born in 1821, led a long prosperous life in Fayette County, West Virginia and was one of the county's most outstanding citizens. Harvey, a Confederate Veteran, was a famous banker, churchman and sheriff of Fayette County. He was also president of the Continental Divide Gold and Silver Company.
Harvey had made a fortune by buying up acreage along the New River and Loup Creek in Fayette County, land others considered unusable. He then convinced the Chesapeake and Ohio Railway to build a line through the New River Gorge to develop southern West Virginia's coalfields. When the railroad was completed, Harvey's previously worthless riverfront property provided the only access to the mines of the New River Gorge.

Like many other wealthy 19th-century entrepreneurs, Harvey became a philanthropist late in life, donating large sums of money to various groups and institutions. One such institution, the University of Charleston's beginnings can be traced to Barboursville Seminary in the former Cabell County Courthouse. The seminary opened in 1888 but struggled financially. By 1900, the school was faced with closing its doors but businessman Morris Harvey came to the rescue. Morris Harvey and his wife Rosa, devout Methodists, helped the Barboursville Seminary pay off its outstanding debts. To thank the Harveys, the seminary's trustees renamed the school Morris Harvey College.
The Harveys also donated $100,000 for a new campus to be located in Charleston. However, Morris Harvey died in Fayetteville on April 2, 1908 at the age of 87 before seeing the move take place. Twenty-seven years later, in the fall of 1935, school president Leonard Riggleman finally moved the college to Charleston, offering its first classes at the Kanawha County Library. Harvey's dream of a Charleston campus wasn't realized until 1947, when the school moved to its present site opposite the State Capitol along the Kanawha River. The college's name was changed to University of Charleston in 1979, but the school still honors its early benefactor with the Morris Harvey Division of Arts and Sciences.
Image may be subject to copyright